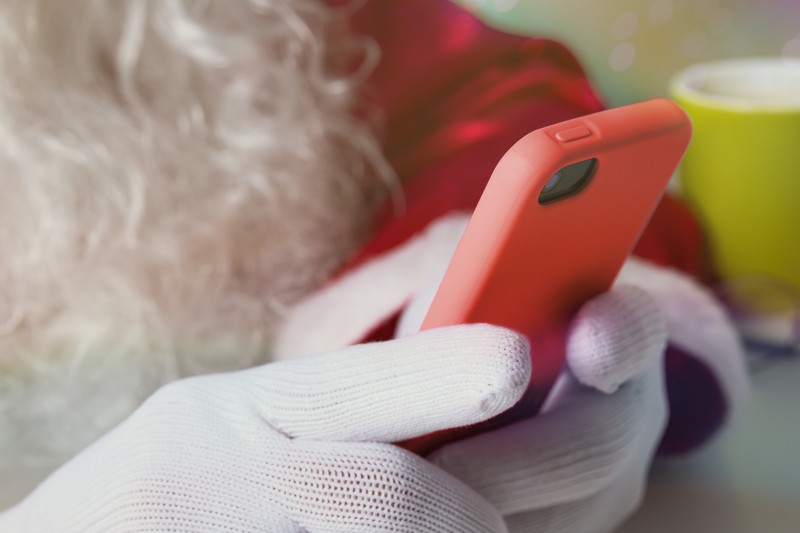 Your Customers are Watching

When my children were small and would misbehave around Christmastime, I would remind them that Santa was watching.  This (usually) worked.  These days, parents may use Elf on the Shelf who not only moves to various creative positions around the house, but also reports bad behavior back to the North Pole.  And we remember the song…

“He sees you when you’re sleeping…he knows when you’re awake…he knows if you’ve been bad or good, so be good for goodness sake.”

(I hope this tune isn’t stuck in your head for the rest of the day.)

Just as we tell children to be on their best behavior because Santa (or one of his elves) is always watching, we also need to keep in mind that customers are like Santa.  Your customers are always watching, and their experiences with every level of your organization can have significant impact.  In fact, companies lose $1.6 Trillion per year in the U.S. due to customer churn.

It’s important to remember your company actually has many faces – from the sales rep working at the local store, to the online customer service agent, to your social media manager, all the way to the CEO of the organization.  Every person employed by your brand has the potential to win or lose your customers.

A bad customer experience results in more than just losing that customer in the moment.  Bad customer experiences rarely stop with that one person.  Instead, that unhappy customer’s word-of-mouth can spread amongst their friends and across the Internet – picture a snowball rolling down the mountain getting bigger as it goes.  Did you know 93% of potential customers read online reviews.  And, 45% of consumers share bad customer service experiences via social media!

Rude salesperson?  Customer service rep having a bad day?  An ignored complaint on social media?  Any of those scenarios could result in a black eye for your brand.  Your customers see everyone associated with your organization as one – and they expect consistent and positive experiences across the board.  In fact, 33% of Americans say they’ll consider switching companies after just a single instance of poor service.

During the best of times, customers give little thought to switching brands based on their customer experience.  Add a worldwide pandemic, the current supply chain issues, and economic uncertainty, and customer loyalty becomes that much more difficult to maintain.

With the Internet and social media, customers and brands are connected 24/7.  Those shares, screenshots, and comments very much become part of the customer experience and can be detrimental to your bottom line.

In one example, an Instagram influencer with upwards of 300,000 followers posted a personal story that gave details about a health battle someone in her family had fought and lost.  As you can imagine, given our current climate, her story was polarizing.  This particular influencer works with multiple brands – and one of the largest ones decided to drop her contract because of her post.  They were particularly ugly to her and inferred they may not pay her for the work she’d already done.

What they weren’t counting on was that she would share their actions with her followers.  She called out the company by name, which set off a flurry of action!  Suddenly, thousands of people were calling the company out for their behavior.  Ultimately, the CEO of the company reached out to her with an apology, a denial of knowing anything about her dissolved contract, and a promise of payment for the work she’d done on their behalf.

Another example of the far-reaching effects of social media was demonstrated when British Airways encountered an unhappy customer. After getting no response from customer support, Hassan Syed @HVSVN, took to Twitter to express his dissatisfaction when his father’s luggage was lost on his flight.

Mr. Syed purchased a promoted Tweet for $1000 to get his message broadcasted to 50,000 Twitter users who follow British Airways.  This tweet went viral and ended up reaching 76,800 users.  Apparently, British Airways did not have anyone closely monitoring their social media feed, and it took them eight hours to respond – not a great look for their brand!

Like I said in the beginning – your customers (and potential customers) are always watching!  Knowing this and placing a very high priority on customer experience from all faces of the organization is critical to your brand’s success. Consider this, on average, businesses who work to improve their customer experience can see revenues increase by 10-15%.   Increase your customer retention rates by just 5%, and you can expect profit increases anywhere from 25% to 95%, depending upon your industry.

More about this in another post, but I would love to hear some input from you!  Has your company ever had to deal with bad online reviews or a social media snafu?  Or have you seen it happen to others.  Let me know in the comments.